Began living in Cody Wyoming when I was 5 years old.  My family has been here in Cody for a long time.  Metta O Newton who was the first Justice of peace here in Cody Wyoming his Daughter Grace Newton Married Aurthor Holman who was a trick rider for Buffalo Bill’s Wild West Show. Aurthor is my Great Grandfather.  He also Delivered the mail up to Crandal for many years.  I was Born in California and came back to Cody when I was 5 years old. Fate brought me back to Cody. My Dad was in Sunnyvale CA working for Honeywell when a few fellow employees were cracking jokes about a programming job at Husky Oil in Cody Wyoming advertised in a California newspaper.  My Father, Robert was Born here in Cody, My dad took that newspaper from his buddy and  He took the day off and had a resume made up and we were living in Cody Wyoming nearly 3 months latter. 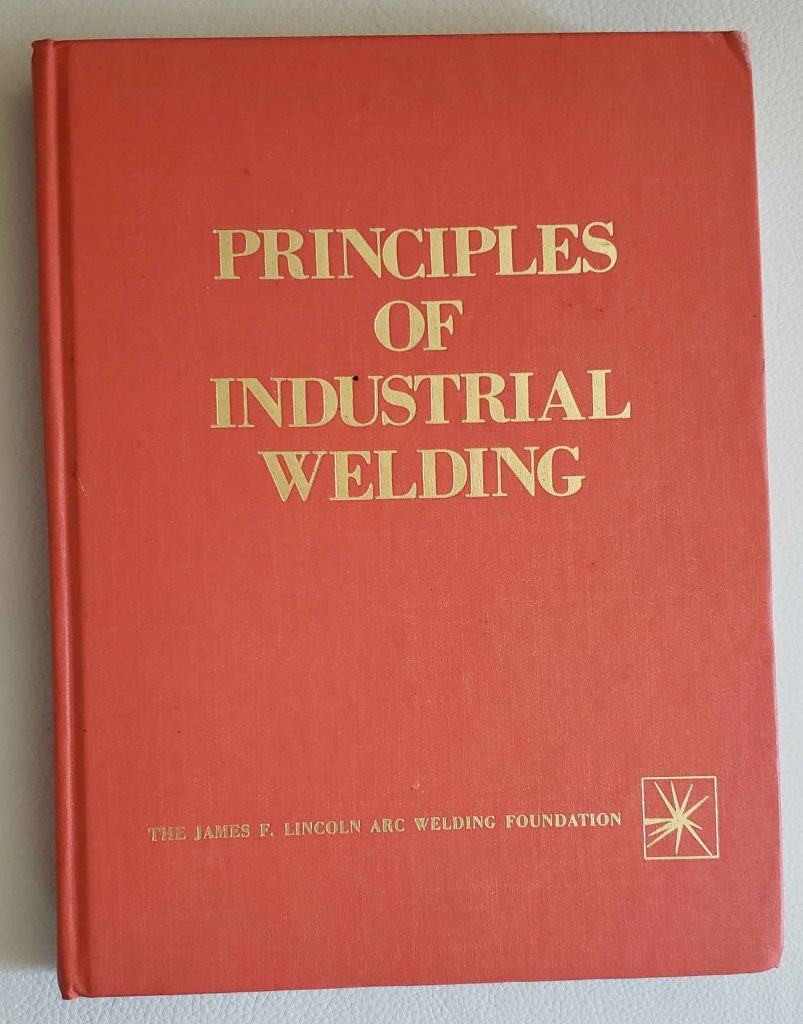 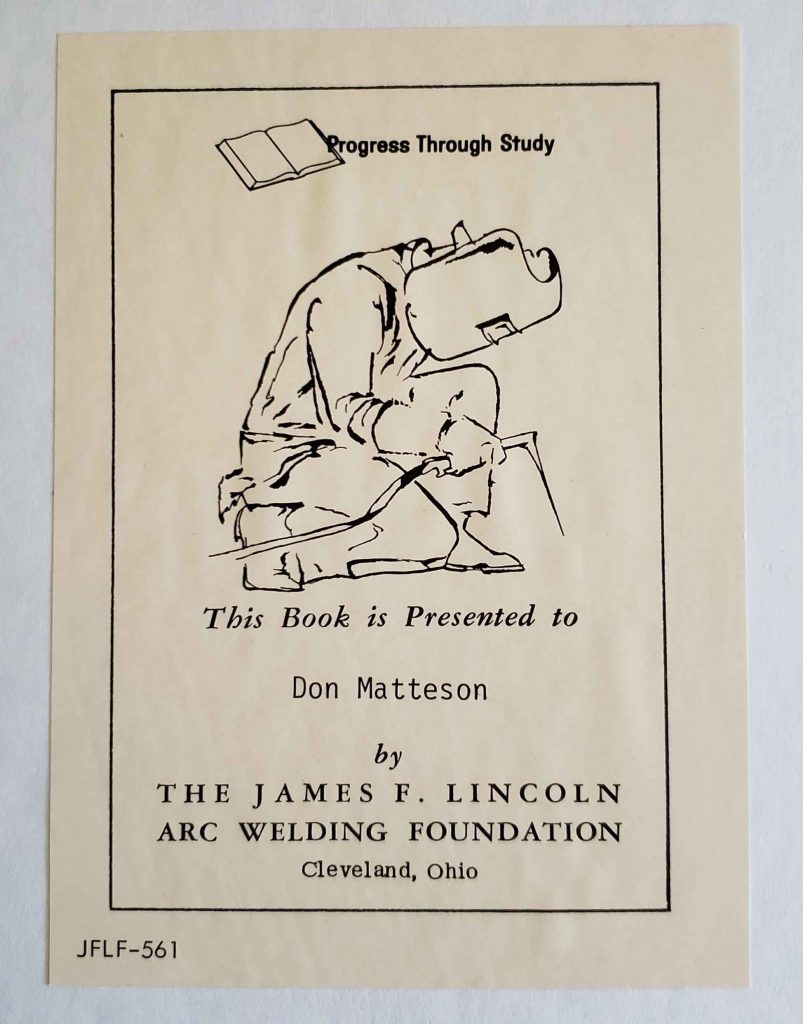 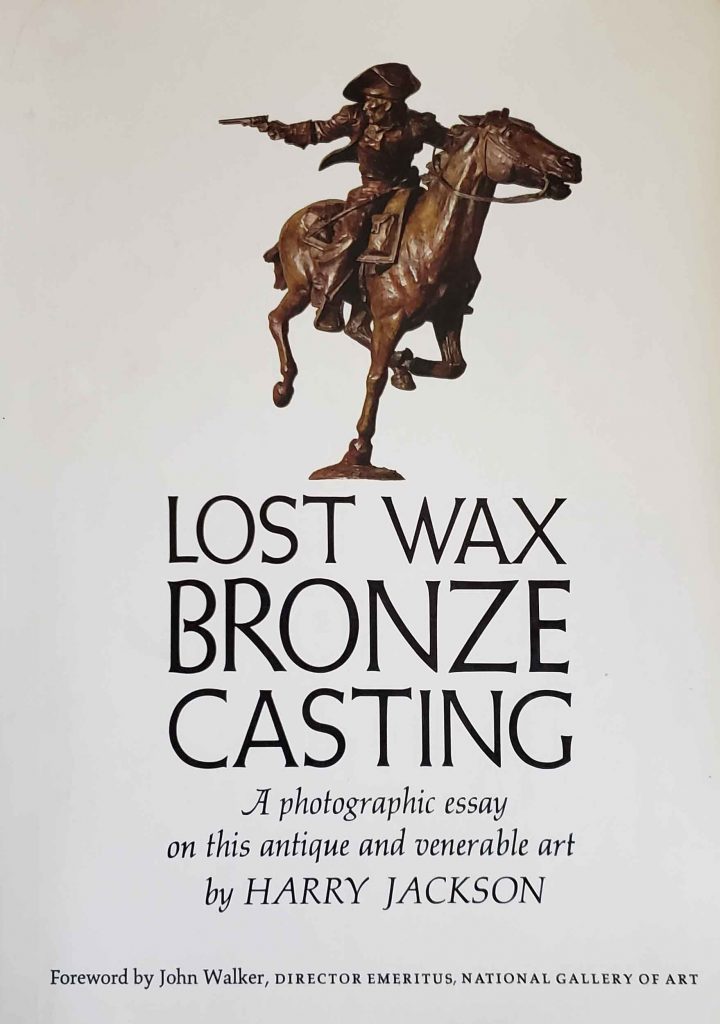 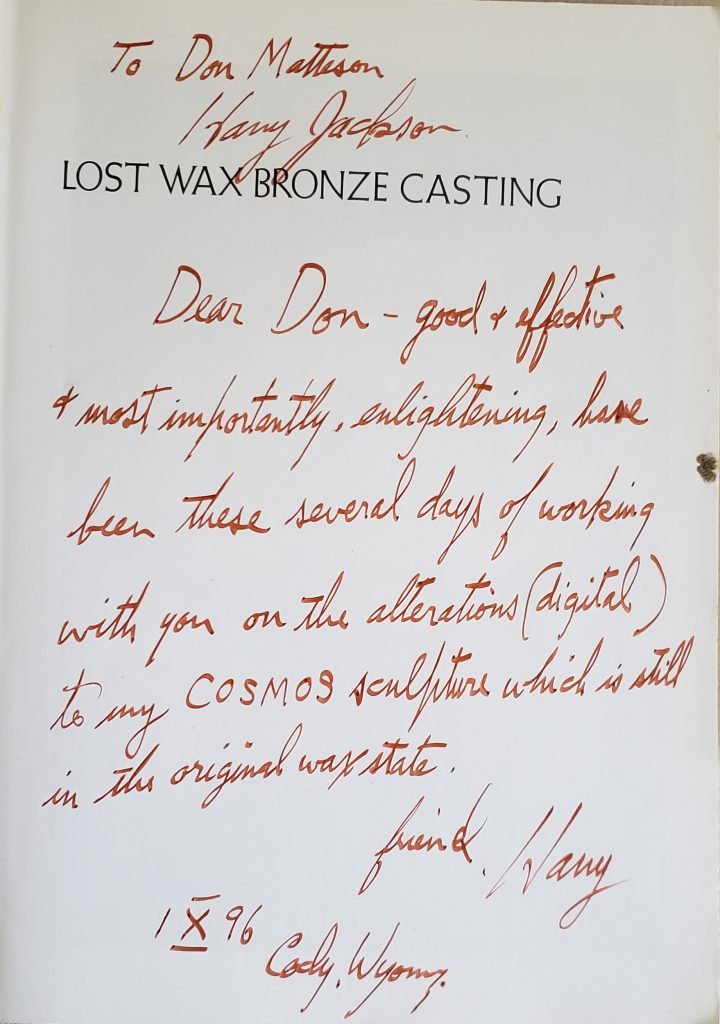 I did contract photoshop work for Harry Jackson, an interesting man who had influence on how I see artwork. I learned a lot from many artists as I was a fixture in our picture framing pick out room in the basement of our house when I was young. Our Family had “The Frame House” in Cody for 35 years.  My mother, Deanna “d” Matteson  Who painted “Mark Soldier Wolf”     and many other artists gave me lessons  about layout, leading the eye,  climatic points,  the use of hue saturation and values, lost and found lines.  A good layout so important.   I met many Well known artists like James Bama, Harry Jackson,  George D Smith  and Carrie Ballantyne.  I would try to start conversations about artwork with our picture framing clients when I was just very young.

These Chairs were hand painted by Don Matteson 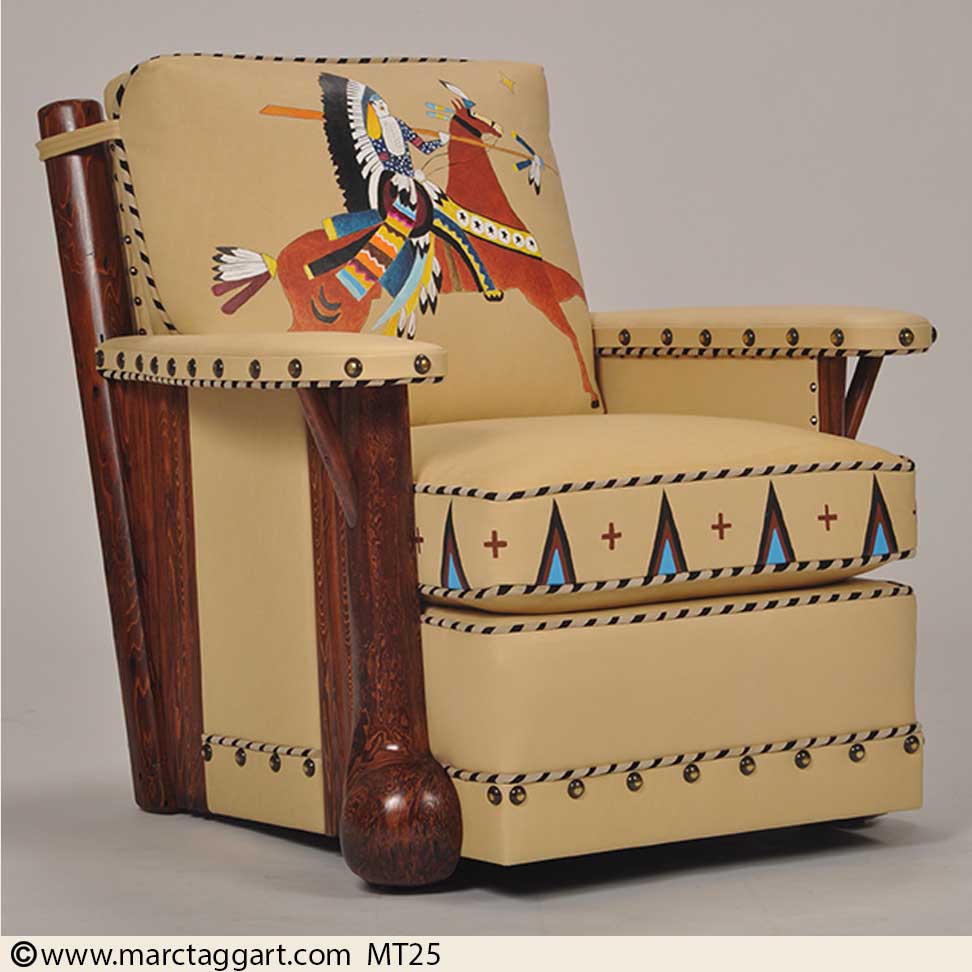 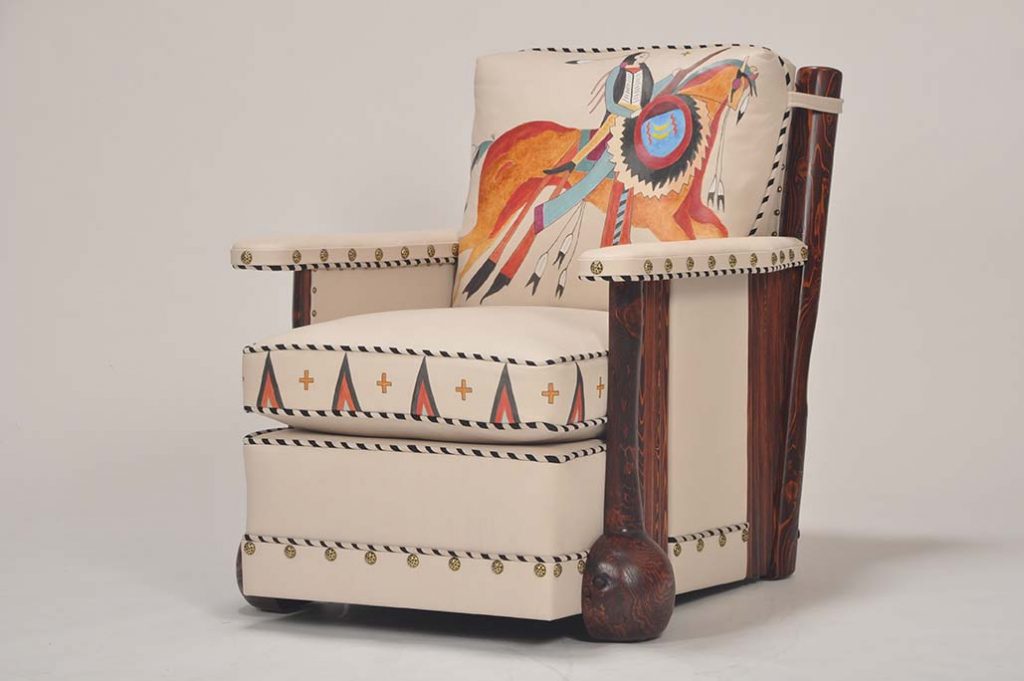 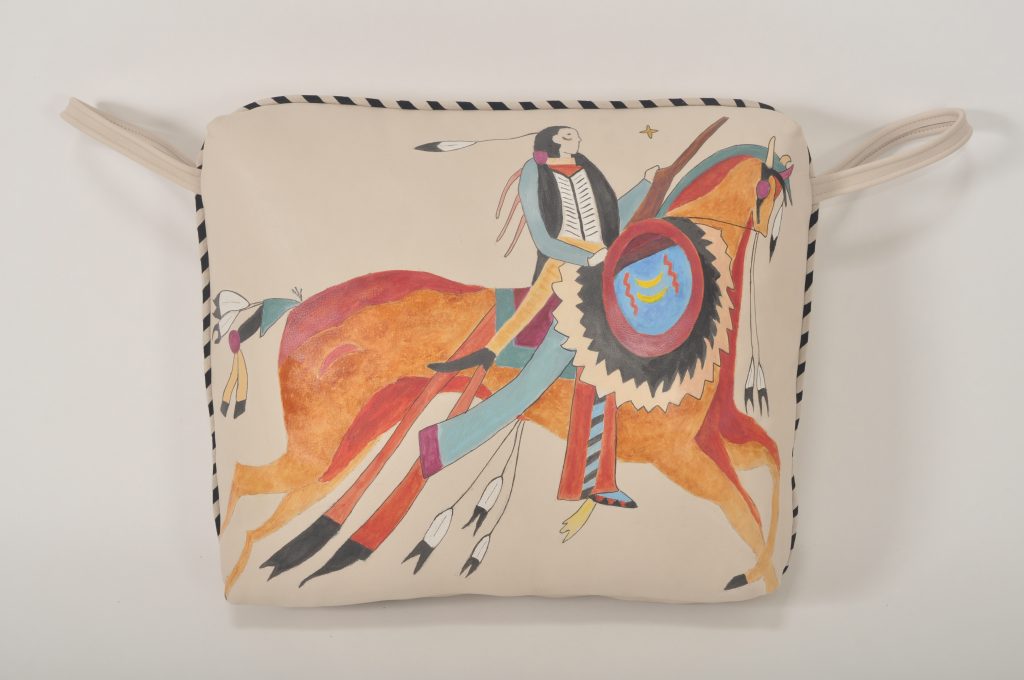 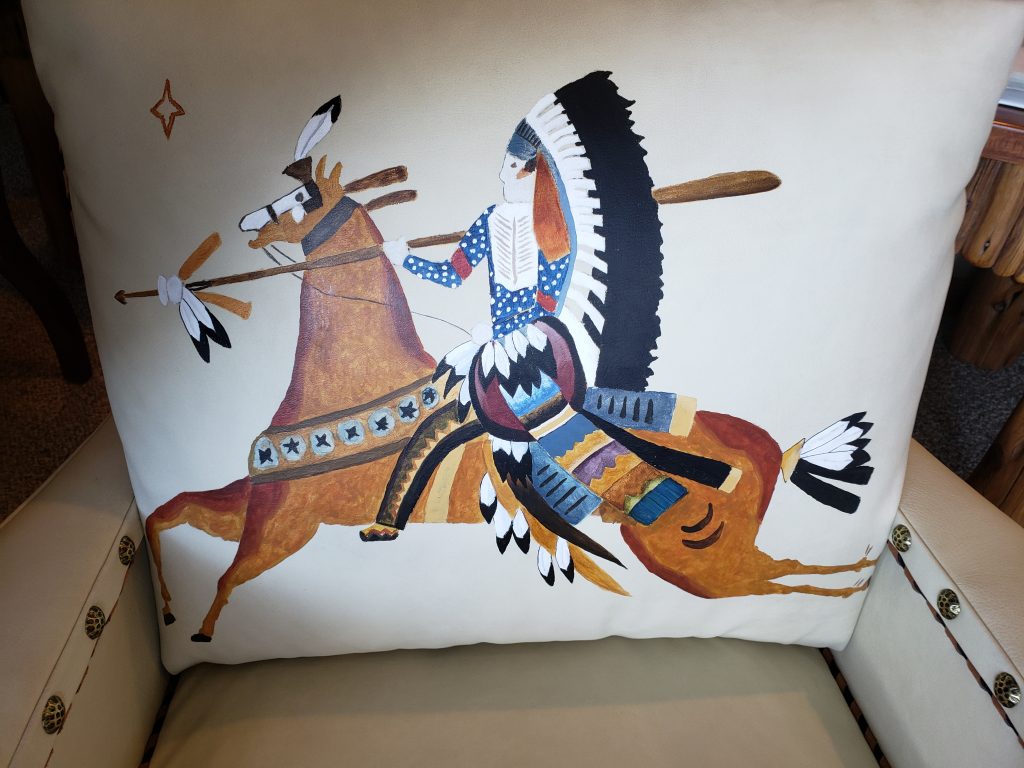 Above pictured is the last hand painted chair that I completed. 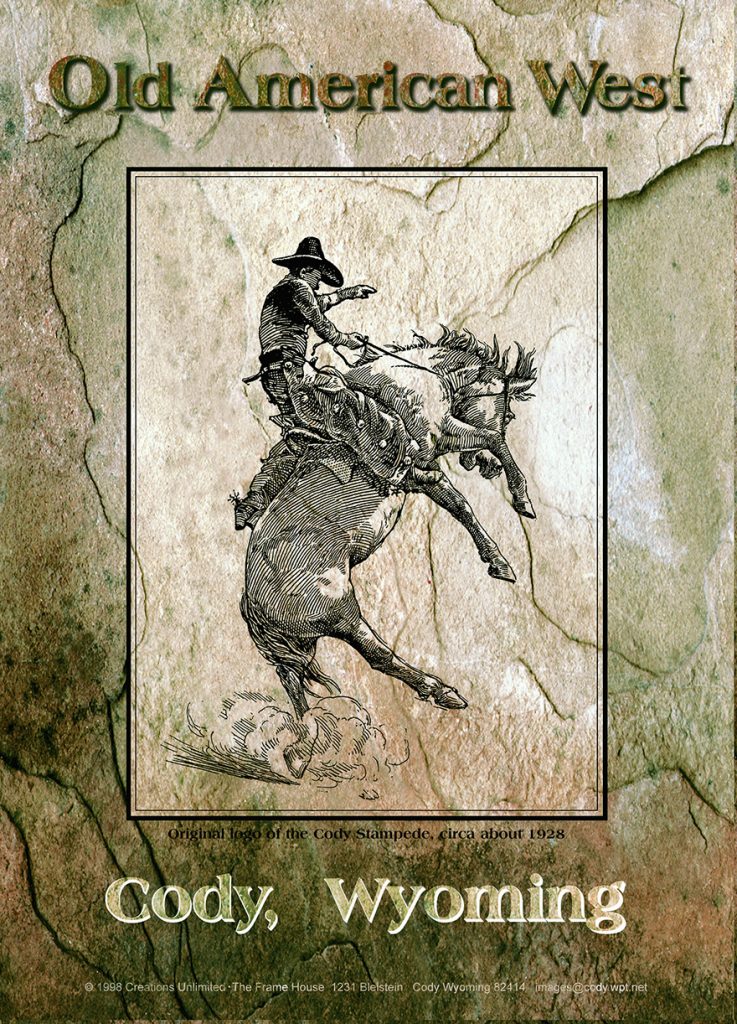 Above was a print that I designed with the assistance of artist Deanna Matteson back in 1996. I used adobe photoshop version 4 to create this. 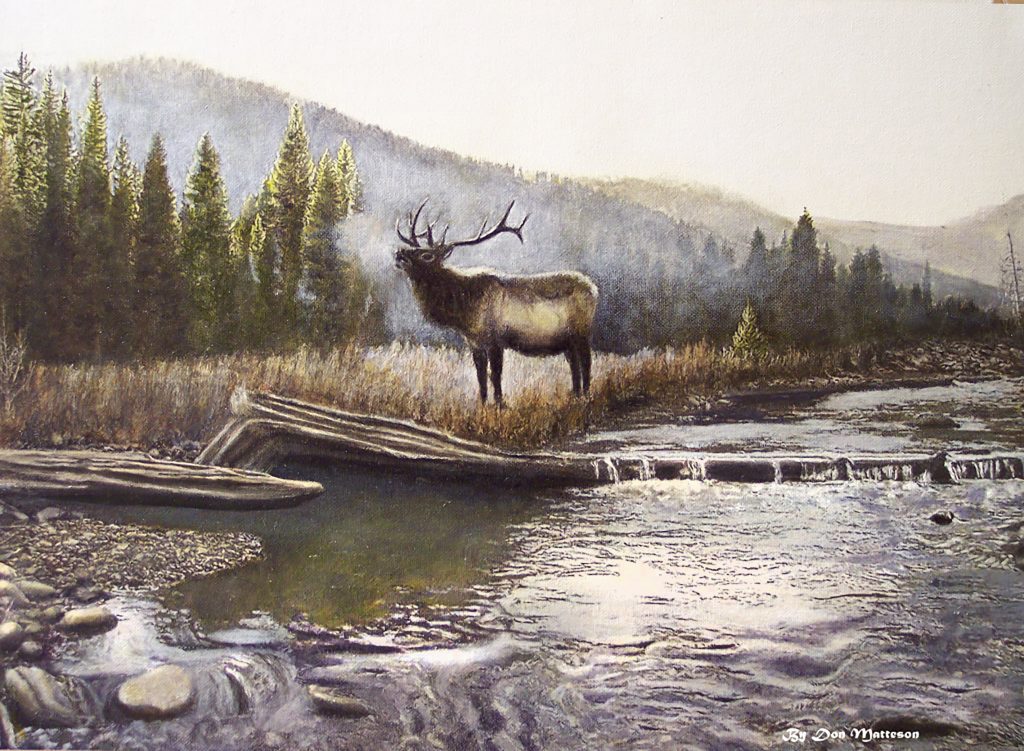 This was from a picture I took on “Mosquito Creek” near Teton village Wyoming.  titled Elk on Mosquito Creek by Don Matteson 16″ x 20″  Oil on Canvas  2001.  On my bucket list is to do this one very large.